Linnéa Fjällstedt grew up on a smallholding in southern Lapland. She went into domestic service at the early age of ten. Later, she went to an agricultural school, and in 1947 she became the matron at the girls’ residences at the Solbacka school, which is where she began to write. She married a smallholder in 1948 and became a writer for the newspaper Västerbottens Folkblad.

Linnéa Fjällstedt’s debut work Hungerpesten was published in 1975, causing much attention. The novel is based on the story of her maternal grandmother’s life. It is characterised by a deep understanding of the hard conditions in southern Lappland, where new settlers suffered starvation for long periods. Her two subsequent novels Ödeslotten, 1977, and Befrielsen, 1979, continue in the same vein. 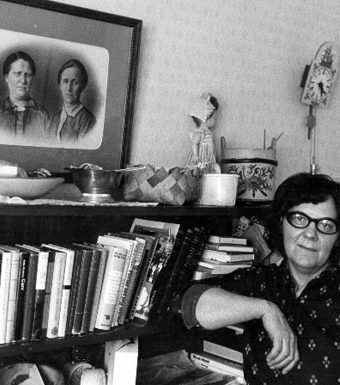