Sophie Elkan is known as Selma Lagerlöf’s closest friend, had the maiden name Salomon, and belonged to a prominent Jewish family in Gothenburg. She lost her husband and small daughter ten years before she met Selma Lagerlöf in 1894. She mastered several languages and was extremely well-read. In her correspondence with Lagerlöf, “Du lär mig att bli fri”, 1992, it is possible to follow the development of the two authors.

In 1889 and 1891 she published collections of short stories under the pseudonym Rust Roest together with the novels Rika flickor, 1893, and Säfve, Kurt & Co., 1894. In 1899, she published, under her real name, the major historical novel John Hall, which is a living portrait of the period and the milieu. After travels with Selma Lagerlöf to countries such as Egypt and Palestine, she published Drömmen om Österlandet (N), 1901. She subsequently returned to the historical novel, writing Konungen (Eng. tr. An Exiled King. Gustaf Adolf IV of Sweden) in four volumes, 1904-1906, and Anckarström, 1910. 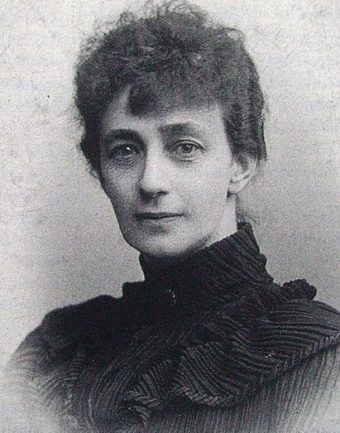