Bente Clod grew up in Frederiksberg with her mother, who ran a nursery school. Her father was an engineer. She herself has worked as a recreation centre teacher and script writer for the National Film School of Denmark, was active in the women’s movement and lesbian movement, and is one of the co-founders of a group of women authors within the Danish Authors’ Society and of the Skriveskolen (writers’ school).

Her debut work was the controversial book Det Autoriserede Danske Samleje og andre nærkampe, 1976. Her novel Brud, 1977, which describes how she became a writer and depicts lesbian love, was read and discussed throughout the Nordic countries as an example of confessional writing and women’s emancipation. Syv Sind (N), 1980, and the sequel Vent til du hører mig le, 1983, are based on the women’s movement and its utopias. Gul engel (SS), 1990, looks at gender identity and the relationship between man and woman.

The poetry collection Imellem Os, 1981, was nominated for the Nordic Council’s Literature Prize. Bente Clod has been awarded many scholarships and through her writing courses has helped many self-taught writers on their way. In 1987 she published Skriv. En bog om at skrive.

She has received a number of prizes and honours. 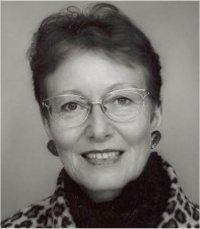