Tine Bryld wrote hard-hitting stories about neglected, vulnerable, and desperate young people and was especially known for her chats with young people on the legendary radio programme P4 on the Danish Broadcasting Association’s channel P1. She was a social worker by profession and worked with Mødrehjælpen (a relief organisation for impecunious families with children), with drug addicts, and on the governing council for the freetown of Christiania in Copenhagen.

Tine Bryld’s debut work was the semi-documentary novel Stærk nok? in 1979, which takes a close look at the situation of girls in a male-dominated society. It was followed by her teenage trilogy Pige liv, 1982, Befri dit liv, 1983, and Liv og Alexander, 1984, and other works. Her novel Talkshow was published in 1990. Together with the illustrator Pernille Kløvedal Helweg, she has also written reports on homeless children and on Greenlanders in Danish prisons. Her documentary book on incest Ikke en engel was published in 1997.

The above biography was first published in 1998. Since then, Tine Bryld wrote two books about Greenlandic children and teenagers: I den bedste mening, 1998, and Hjemmestyrets børn – årgang ’79, 2002. In Tværs, 2002, she wrote about her experiences advising teenagers through her radio programme, and in 2004 she published the book I lyst og vold about rape.

Tine Bryld received several prizes and honours, including Peter Sabroe-prisen for her significant effort to improve conditions for children and teenagers, 2007 and the Danish Authors’ Society Non-fiction Prize, 2005. 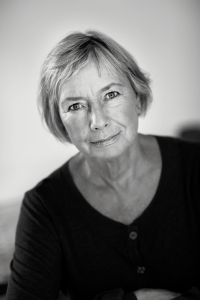