Kari Bøge was born in Stockholm, the daughter of a Danish stewardess and a Norwegian SAS co-pilot, later navigator. She is married to the author Arild Stubhaug, has three children, and lives in Hyggen near Drammen.

Since her debut experimental novel Asmorelda was published in 1971, to which she wrote a sequel, the novel Manns minne og andre vendepunkt, 1990, she has published novels, a short story collection, a poetry collection, a children’s book and several teenage books. In her serial novel Viviann, hvidt, 1974, Lyset er så hvitt om sommeren, 1975, Til avtalt tid, 1979, Viviann og Lin, 1980, and Søster, Viviann, 1988, which focuses on the main character’s reflections about pregnancy, the experience of bearing a stillborn child, illness, and loss of limbs, she analyses a woman who is claustrophobically introverted and seems to lack the ability to see language as a means of coming into contact with others – a woman who, with her depressive self-reflection, is a dystopian interpretation of female life in postmodern society. 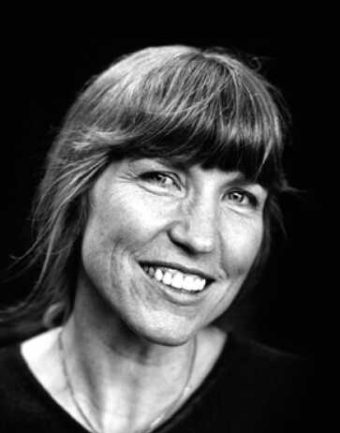