Cecil Bødker was born in Fredericia. Her father was a draughtsman in a silverware factory, and she herself qualified as a silversmith in 1948 and was employed for a period at Georg Jensen’s silversmith workshop in Copenhagen.

Her debut work, the poetry collection Luseblomster, was published in 1955, and this, together with collections such as Fygende Heste, 1956, and Anadyomene, 1959, made her a key figure in post-war, myth-based modernist writing. Her short story collection Øjet, 1961, depicts the relationship between humans and nature, modern alienation, and nuclear threat; several of her stories became schoolbook classics, read and interpreted by generations of pupils at Danish lower and upper secondary schools.

Her travel book Salthandlerskens hus, 1972, (the title of which refers to a salt merchant she met) represents a high point in her writing; Cecil Bødker wrote it after a lengthy stay in Ethiopia, which also led to her adopting two of the said salt merchant’s daughters, who grew up together with Cecil Bødker’s two biological daughters. Her novels Evas Ekko, 1980, and Tænk på Jolande, 1981, placed her writing at the centre of modern women’s literature’s preoccupation with the relationship between the sexes.

Her series of children’s books – the most prominent being the Silas series, which was filmed – created a unique universe built on the strengths of the myth and an enjoyable tale. Her children’s literature in particular is familiar to readers in many countries, and her writing also includes a number of dramas. In the novel Mens tid er, 1997, she re-examines the theme of female emancipation. In 1997 she also published the memoirs entitled Farmors øre.

The above biography was first published in 1998. Since then, Cecil Bødker has written the novel Siffrine, 2003, and a number of books in the Silas series.

Cecil Bødker is the recipient of a number of awards and honours, including Det Danske Akademis Store Pris (a prize from the Danish Academy of Language and Literature) in 1998, and the lifelong artists’ grant from the Danish Arts Foundation. 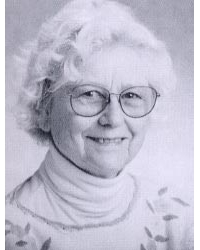