Karen Christenze Blixen, née Dinesen, wrote fantasy or Gothic stories and is one of Denmark’s major writers. She first became well-known in the U.S. when her debut book Seven Gothic Tales was published in 1934, appearing a year later in Denmark as Syv fantastiske Fortællinger. Under the pseudonym Isak Dinesen she followed in the footsteps of her father, the adventurous officer Wilhelm Dinesen, who was the author of Boganis Jagtbreve and Paris under Kommunen. The person who was a key factor in her artistic identity was her father, who committed suicide when she was ten, rather than her mother, who came from the more bourgeois and Christian Westenholz family.

As a child, she wrote the marionette comedy “Sandhedens Hævn” and as a young woman a draft to tales of destiny such as “Familien de Cats og Pløjeren”, and she began, but later discontinued, training to become a painter at the School of Visual Arts in Copenhagen. However, it was only after she returned to her home at Rungstedlund after seventeen years on a coffee plantation in Kenya together with her husband, Baron Bror von Blixen-Finecke, that she wrote her exceptional body of work in just a few years.

The years of financial difficulty and illness in Africa, her joyful encounter with the native population, and her love for the aristocrat Denys Finch-Hatton, all described in the book Den afrikanske Farm, 1937, became the tale of Karen Blixen’s own destiny. Upon her return, she was a lone figure among the Danish literary public, but after the war, when she wrote the novel pastiche The Angelic Avengers under the pseudonym Pierre Andrézel, she became noticed through her stories Vinter-Eventyr (1942; Eng. tr. (Winter’s Tales), 1942, by the new generation of authors and literary figures associated with the magazine Heretica. She developed a close and complex friendship with the poet Thorkild Björnvig and the literary researcher Aage Henriksen, among others. During that period, which was the starting point for her legendary status in Danish intellectual life, she also published Sidste Fortællinger, 1957, and Skæbne-Anekdoter, 1958.

Her extensive journey to the USA in 1959 became a triumphal progress, and she met a host of literary- and film personalities. In 1960, she helped found Det Danske Akademi (the Danish academy of language and literature). The academy’s meetings were held at her home, Rungstedlund, which today is a popular museum.

Linda Donelson: Out of Isak Dinesen in Africa: The Untold Story, 1998

Frantz Leander Hansen: The aristocratic universe of Karen Blixen: destiny and the denial of fate, 2003

Eugene Haynes: To Soar with Eagles: the European Travels – remembrances of Isak Dinesen, 2000

Gurli A. Woods: Isak Dinesen and narrativity: reassessments for the 1990s, 1994 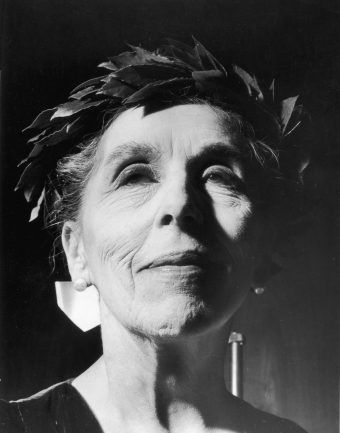