Elsa Andrea Elisabeth Björkman-Goldschmidt’s father was a colonel; she trained as a teacher at Anna Sandström’s college from 1906 to 1909 and continued her studies at the art academy from 1909 to 1912. During World War I, she was active in international relief work in Russia, where she met her future husband, a doctor. They met again when she became chair of Save the Children in Vienna in 1919.

With the steep rise of anti-Semitism in the late 1930s, the couple left Austria and settled in Sweden, where she published the first of five autobiographical works Det var i Wien, 1944, Jag minns det som igår, 1962, Vad sedan händte, 1964, Den värld jag mött, 1967, and Vägen till Villagatan, 1976. Elsa Björkman-Goldschmidt’s writing also includes the biographies of Harriet Löwenhjelm and Elsa Brändström and novels such as Jag begär efterlysning, 1951, and Söder om solen, 1953. 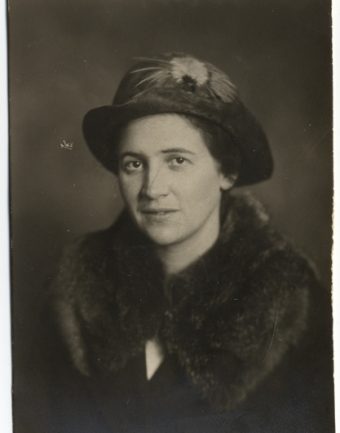