Maria Bergom-Larsson was born in Stockholm, where her father was a managing director. She graduated from Stockholm University in 1966 and in 1970 defended her thesis on Hjalmar Bergman, Diktarens demaskering. In the 1970s she was one of the leading literary critics for the newspaper Dagens Nyheter, and her work there and as editor of the periodical Ord & Bild from 1974 to 1976 played a key role in the period’s focus on women’s literature. In the 1980s she was an active member of the peace movement.

She has contributed to several anthologies, such as Kvinnomyter, 1976, Vad gör vi med barnen, kamrater?, 1979, and Rusta för fred – rädda livet, 1979. She compiled her own reviews in Kvinnomedvetande, 1976. In Nedstigning, 1989, which is autobiographical in nature, she analyses the myth surrounding the Sumerian goddess Inanna and, at the same time, writes about a deep depression. 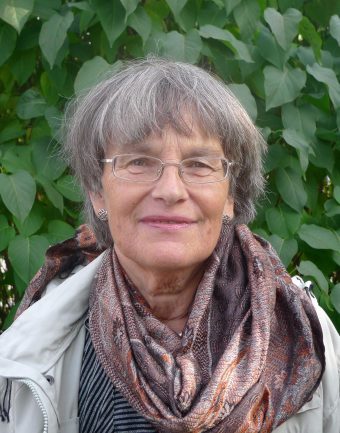