Mary Andersson was born in Thunaberg, and in her novels Sorgenfri, 1979, Barnrika, 1983, and Solgårdarna, 1986, describe how she grew up in Malmö in a house for large families, characterised by an atmosphere of solidarity, dialogue, and humour.

Her debut work, published when she was forty-five, was the play Maria från Borstahusen, which was described as “a commemorative portrait of Sweden’s poor”. Her autobiography, Tjänsteflickan, was first issued as a radio play in 1979 and later as a book in 1984. Her documentary book Asbestarbetarna berättar was published in 1980. Her enormous social commitment is a hallmark of her writing, which often describes the vulnerable lives of poor women as well as their perseverance and humour. She herself was a working mother who brought up two children single-handedly while writing as well. Her novel Den stora bluffen was published in 1995. 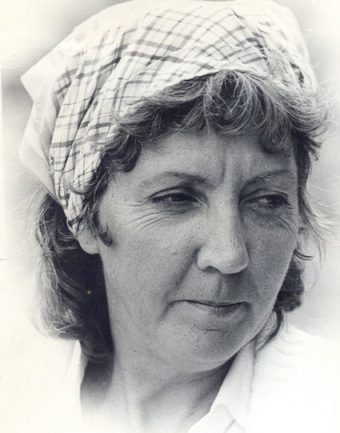