Naja Marie Aidt grew up in Greenland and in the Vesterbro district of Copenhagen. Her poetry trilogy Så længe jeg er ung, 1991, Et vanskeligt møde, 1992, and Det tredje landskab, 1994, reflects candidly on close, intense, and at the same time almost unbearable relationships with families and partners. During the same period she wrote the short story collections Vandmærket, 1993, and Tilgang, 1995, which with a grotesque narrative voice sketches terrible images of loneliness, isolation, and death. In addition, she has written the radio plays Ubrydeligt, 1996, and Tjenende ånder, 1998, and the poetry collection Huset overfor, 1996. Naja Marie Aidt was awarded the Martin Andersen Nexø Prize in 1996.

The above biography was first published in 1998. Since then, Naja Marie Aidt has issued the poetry collections Rejse for en fremmed, 1999, Poesibog, 2008, and Alting Blinker, 2009. She has written drama, film scripts, and children’s books, as well as the short story collection Bavian, 2006, for which she was awarded the Danish critics’ award and the Nordic Council Literature Prize.

Naja Marie Aidt is the recipient of several other prizes and honours, including the Søren Gyldendal Prize 2011 and the lifelong artists’ grant from the Danish Arts Foundation. 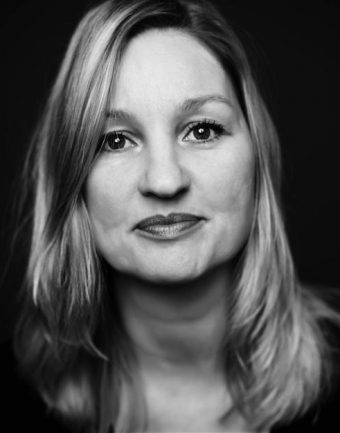