Marianne Ahrne was born in Lund and graduated from Lund University in 1965, going on to train as a director at the Swedish Film Institute. She has worked primarily as a film director, making her breakthrough with the film Långt borta och nära, 1976, set in a Swedish mental hospital. The plot and content are similar to her documentary novel Äppelblom och ruiner of 1980, her debut as a fiction author. During the course of the 1980s, she wrote the romantic novel Katharina Horowitz drömmar, 1990, and Äventyr, vingslag, 1992.

The above biography was first published in 1998. Since then, Marianne Ahrne has written the autofictional novel Fader okänd, 1998. In 1980, she received the Esselte prize for literature for Äppelblom och ruiner. 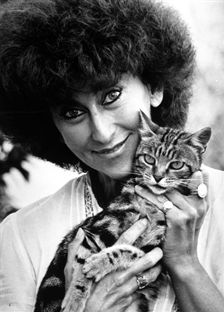