Karen Lydia Aabye was the daughter of a wholesale merchant from Nørrebro. She sat her school exams and became an office clerk, going on to become a widely-travelled journalist. From her debut novel Der er langt til Paris, 1939, she moved around with familiarity in far-off times, places, and environments. Her plots are built on female characters who are both doughty and frank in a sensitive way.

She made her name as a novelist with her Kisum Bakke trilogy: Det skete ved Kisum Bakke, 1942, Fruen til Kejsergaarden, 1943, and Vi der elsker Livet, 1944. Her Martine series is a plot-laden, five-volume novel about an emigrant: Martine, 1950, Min søn Janus, 1951, Brænd dine skibe, 1952, Det gyldne land, 1953, and Den røde dal, 1954. Besides her novels, which were read by many readers both at home and abroad, she also wrote travel books and memoirs as well as essays. A selection of her nature essays – eloquent, personal reports – are published in the selection Fra mit skovhus, 1968. 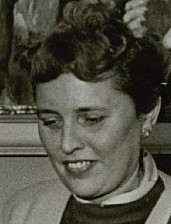