Mette Winge is a librarian and has a PhD in children’s literature. She was the director of the Danish Broadcasting Association’s radio theatre and literature section in 1982 and head of the P1 cultural radio channel from 1988 to 1990, subsequently working on radio and television for the Danish Broadcasting Association on a periodical basis. She is married, has two children, and has written a great deal on literary history and the history of education. She is an eloquent and well-known communicator in Danish cultural life.

Her debut work was the novel Skriverjomfruen, 1988, about the eighteenth century writer Charlotta Dorothea Biehl, written at the prompting of the publisher Samleren. She subsequently wrote numerous books with a detective story element, such as Novemberlys, 1990, Sandflugt, 1991, Den femte vinter, 1993, and Grønt mørke, 1994. Her books present portraits of Denmark from the past and the present, and in her later works she developed a beneficial and inspiring dialogue between art and science. Her novel Når fisken fanger solen was published in 1996.

The above biography was first published in 1998. Since then, Mette Winge has written stageplays, non-fiction, and books for children and young adults, as well as the novels Skår – en provinsroman, 2001, Fuglebal – en barokroman, 2003, Et udestående – en provisorietidsroman, 2005, and Adam og Ovine – en ventetidsroman, 2008. 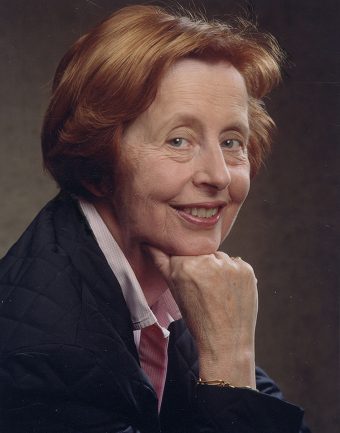