Inga-Britt Wik was born in Vasa in Österbotten as the daughter of a saw mill manager and a teacher. From 1956, she researched and taught Nordic philology and was a Swedish lecturer at the University of Helsinki from 1971. In her novel Ingen lycklig kärlek, 1988, she described the intellectual milieu of 1950s’ Helsinki and her young marriage with the author and film director Jörn Donner. She had three children.

Inga-Britt Wik made her debut in 1952 with Profil (P), which was followed by Staden (P), 1954, in which she recounted her experiences in Paris. In her poetry collections Fönstret, 1958, Kvällar, 1964, and Långa längtan, 1969, her theme was the problems women have balancing family life, work, and social commitment. In 1977, she tried out new epic and dramatic forms in Mänskliga människor (P). Her later collections are Färdas, 1990, and Kattvägen, 1994. She also published several text-books, was active in the group of women writers in Ostrobothnia, and was co-editor of the book Finlandssvenska kvinnor skriver, 1985.

In 2006, Wik was awarded the Tollander Prize by the Society of Swedish Literature in Finland. 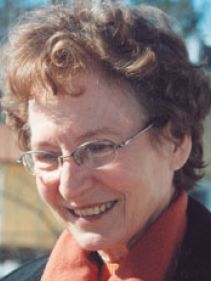