Karin Sveen was born in Hamar, and now lives in Oslo. She is a lecturer and has been director of the literary council of Den Norske Forfatterforening (the Norwegian Authors’ Union).

She made her debut in 1975 with the poetry collection Vinterhagen and subsequently wrote the short story collection Døtre, 1980, several poetry collections, and five novels, including Utbryterdronninga, 1982, Kvinnen som forsvant, 1987, Hannas hus, 1991, and Maria Waters verden, 1993. She writes in the modernist tradition, using elements of the fantastical and the magical, and, particularly in her earlier works, adds traditional oral story-telling, where the image element is strong.

The central theme of her novels is identity. She is above all preoccupied with describing the reality of children, and there is a strong contrast between her sensuous, lively stories of growing up and the more sober tone in Kvinnen som forsvant about the single, childless woman of the modern city. Nye Dikt, 1996, is a poetic extension of the theme of identity, and in Den kultiverte lidelse (E), 1997, she discusses questions relating to the body, language, and culture.

The above biography was first published in 1998. Since then, Karin Sveen has published the poetry collection Det tålmodige landskapet, 1998; the two collections of essays Klassereise. Et livshistorisk essay, 2000, and Frokost med fremmede, 2005; and the biographical work Mannen i Montgomery Street, 2011. 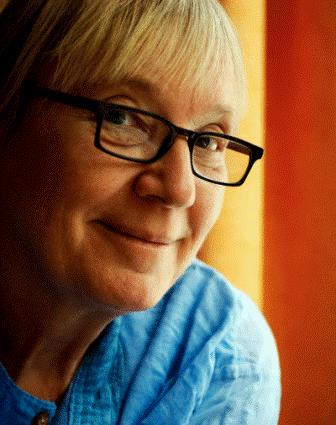