Laila Stien was born in Rana and lives in Finnmark. She is university-educated and has translated Sami literature. Her debut work was Nyveien (SS), published in 1979, and although she is first and foremost a writer of short stories, she has also written prize-winning books for children and teenagers, including Å plukke en smørblomst (N), 1993. Her short stories, which are rooted in the local northern Norwegian communities, are about ordinary events and ordinary characters and about how climate, social circumstances, and distances affect people, such as in Fuglan veit (SS), 1984, and Sånt som skjer (SS), 1988. 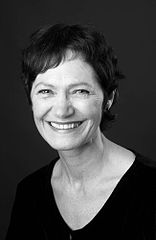