Synnøve Søe is a trained journalist and achieved wide success as a popular and unconventional talk show host on the Danish commercial television channel TV3.

In her autobiographical debut book Fars of 1989, which had a print run of twenty thousand copies, she writes about her childhood. As the daughter of folk high school teacher Poul-Erik Søe, who left her mother to start a new family, she grew up in her mother’s commune without the sense of having a safety net of emotional acceptance and security. Her strong accusations of being let down and neglected had an impact beyond her individual story and triggered a debate about the self-fulfilment pursued by the generation of 1968 at the expense of their children. Her success, which was followed up by No credit, 1990, was somewhat dented by her autobiographically inspired work Regntid, 1994, about a talk show hostess caught in a web of sex, violence, and drugs. 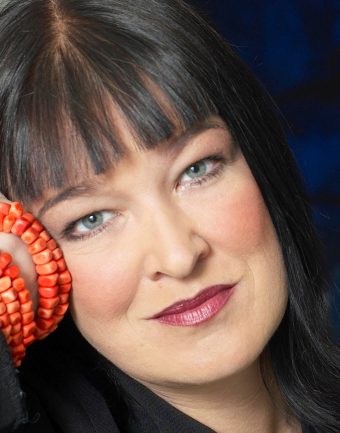