Steinunn Sigurðardóttir was born in Reykjavík and studied psychology in Dublin. She has worked as a journalist, television programme director, and translator.

Following her complex and modernist debut collection Sífellur (P), 1969, she published two extroverted and neo-realist poetry collections, Þar og Þá, 1971, and Verksummerki, 1979. Her short story collections, Sögur til næsta bæjar, 1981, and Skáldsögur, 1983, are socially critical, satirical, and language-conscious. Her original breakthrough novel TímaÞjófurinn, 1986, is a mixture of poems, letters, and diaries in a first-person narrative on the subject of love, which is most powerful when forbidden, and on the relationship between subject, loss, and time. Her short, somewhat melancholic novel Ástin fiskanna, 1993, resumes the theme with a touch of folk-tale and myth. In her magical-realist novel Hjartastaður, 1995, a mother and daughter travel across Iceland, the mother challenging her daughter and her own life. 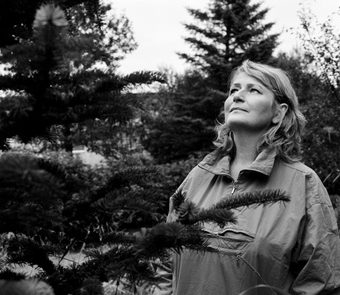