Jytte Rex is a painter and film director, trained at the School of Visual Arts in Copenhagen, and has participated in a long series of exhibitions, including the first feminist art exhibition “Damebillede” in 1970 and the big “Kvindeudstillingen” exhibition at Charlottenborg exhibition centre in 1975. Basing her work on her commitment to feminism and art, she has experimented with material, idioms, and genres.

In 1972, she published Kvindernes bog, in which a number of women recount their lives and dreams, and in 1975 she published Kællinger i Danmark. Agitationer fra Ingenmandsland (together with Inge Eriksen). Her graphic novel Jeg har ikke lukket et øje, 1978, containing poems, photographs, and texts, including sketches for so-called gallery operettas, is an example of Jytte Rex’s powerfully subjective and anti-naturalist narrative form. She has since published a number of works both with and without text, e.g. Stamtavler, 1986, Figur og rum, 1989, and Aske, tid og ild. Fra et glemt terræn, 1995.

Her films “Tornerose var et vakkert barn”, 1971 (collaboration with Kirsten Justesen), “Veronikas svededug”, 1977, and “Isolde”, 1989, are further examples of the same narrative form. In 1998 she created a film portrait of the writer Inger Christensen.

The above biography was first published in 1998. Since then, Jytte Rex has directed a number of portrait films, as well as experimental films, feature films and films for children. She has also published several books.

Jytte Rex is the recipient of a number of awards and honours, including the lifelong artists’ grant from the Danish Arts Foundation. 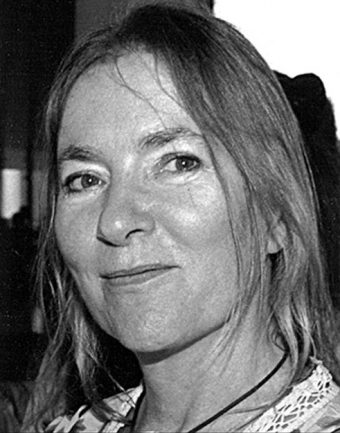