Dagny Juel Przybyszewska was the daughter of a doctor from Kongsvinger. During her life among Bohemian artists, in, for example, Berlin, she became a mythical figure, a provocative, rebellious woman who had broken away from bourgeois morals and was an inspiration to male artists. In 1893 she married the Polish writer Stanislaw Przybyszewski and had two children. She was shot in Tiblis in 1901 by a young admirer.

Besides her debut play Den sterkere, which was published in the periodical Samtiden, she wrote three dramas, five prose works, and a collection of surviving poems, first published in 1975. Her dramatic works were published in 1978. Her texts often deal with relationship triangles, in which sexual desire is depicted as a compelling and consuming and thus also dangerous human motive. A couple of her plays have been translated into Polish and Czech; however, very little was published in Norwegian during her lifetime. 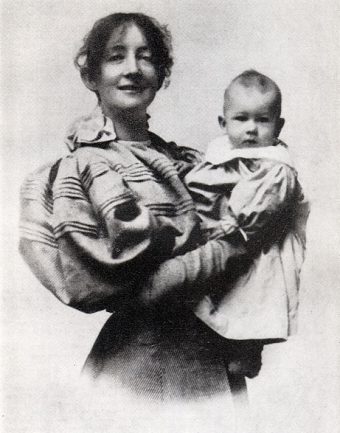