Josefine Ottesen trained in the USA as an actress and clown. Since 1977 she has worked with children’s theatre as actor, director, and dramatist, also with her own theatre group, Verdens Lilleste Cirkus Varieté Theater.

She made her debut in 1983 with the picture book Prinsesse Morgenrøde og Lindormen, illustrated by Flemming Quist Møller. Since then she has written a number of illustrated tales: Drengen og morgestjernen, 1988, Roselil og hendes venner, 1994, and the novels Dragens kys, 1993, and Eventyret om fjeren og rosen, which was awarded the children’s book prize by the Ministry of Culture in 1986.

The above biography was first published in 1998. Since then, Josefine Ottesen has published more than twenty titles for children and young adults. 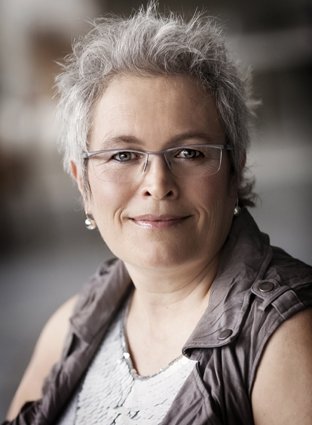