Eva Kristina Olsson was born in Stockholm and works with film and poetry. In 1988, she made her debut with Brottet, a collection of short, fragmentary poems about a fictitious assault. The issue of gender is a clear theme in her works, for example in urhälsningen från mig med ejdern och Hänge (P), 1992, where rhythmic and repetitive poems give expression to the problem of female gender identity. Poems and photographs illustrate each in their own way the phenomenon of female submission in Offret (P), 1994. 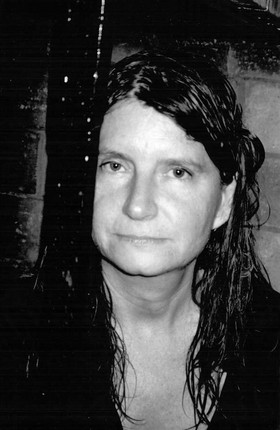