Liv Nysted was born on Alvdal as the daughter of a sales assistant and a miner, graduated in philology, worked as a teacher, and was chair of the central Norway branch of Norsk forfattersentrum (Norwegian writers’ centre).

She made her debut with the short prose collection Alltid disse bildene på nippet til å bli synlige, 1985, and subsequently wrote several novels and essays, including Huspostill – preikesamling for 1990-åra (with Jon Ewo), 1990. Her central character, an everyday woman suffering from trivial frustrations in her struggle against depression and boredom, starts a liaison with an equally ordinary man in the novel Som om noe noengang tar slutt, 1990.

The balance  between a lack of suspense and the narrator’s irony is also evident in her subsequent novel Balladen om Ewi Halvorsen, 1991. Her later novels are Ensomheten har syv huder (N), 1992, and Du var så vakker over meg (N), 1995.

The above biography was first published in 1998. Since then, Liv Nysted published the novels Der husa står ute om vinteren, 1998, and Metastase, 2003. 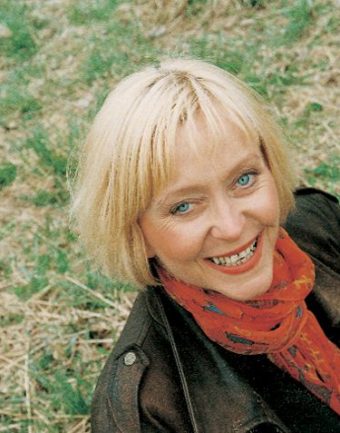