Reidun Nortvedt was born in Oslo and grew up in Valle in Setesdal and on Sørlandet. She is a nurse, actress, and writer. In 1970 she was admitted to academy of theatre, Statens Teaterskole (Oslo National Academy of the Arts), without any prior stage experience and was employed at the National Venue of Theatre in Bergen. She has worked with prostitutes, drug addicts, and alcoholics.

When she crushed her ankle in 1990, she had to stop work as an actress, but made her debut as a novelist in 1992 with Søndag (N), filmed as Søndagsengler and nominated for an Oscar in 1997. The sequel Mandag er månens dag (N) was published in 1995. She writes in a direct, unadorned fashion about a girl growing up, training as a nurse, and her sexuality and liberation in a narrow-minded, Christian milieu. In 1997 she published Inn i granskauen blått bakom skyen, a collection of prose texts. This book is very different in form to her two first novels. 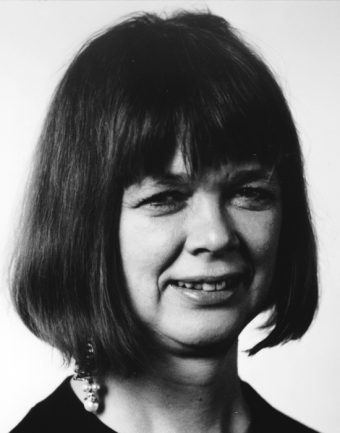