Pirkko Lindberg was born in Finland, has a bilingual background, but writes in Swedish. Owing to her foster mother’s job, the familiar environments of her childhood were restaurants and hotels in different Finnish towns. Pirkko Lindberg studied literature at university, had twin daughters in 1966, and worked as a journalist up to her debut in 1989 with her novel Byte, a familiar work to both language groups.

Her prose is lively and imaginative, effortlessly blending the everyday with the unreal. With the prize money she was awarded for her debut novel, she travelled the world, publishing the travel account Tramp in 1993. Three years later, she produced the Voltaire pastiche Candida. Her later books in particular show a strong commitment to environmental issues.

The above biography was first published in 1998. Since then, Pirkko Lindberg has written the novels Berenikes hår, 2000, and Hotell Hemlängtan, 2010, and the travel book SOS Tuvalu, 2004. 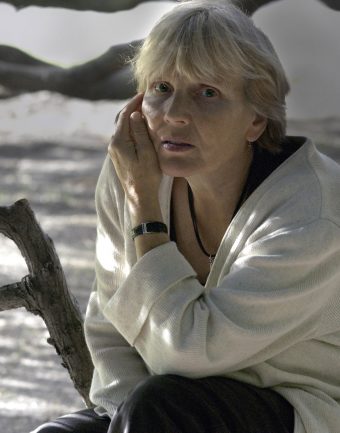