Rosa Liksom was born in Övertorneå as the daughter of a farmer and graduated in 1983 in ethnology from the universities of Helsinki and Copenhagen. She has worked in various occupations, including sales, waitressing, and editing a local newspaper, is an active artist with exhibitions since 1986, has lived in the freetown of Christiania in Copenhagen, and has moved extensively among underground milieus in the former Soviet Union.

Her debut collection Yhden yön pysäkki (SS), published in 1985, left no doubt that she was one of the most original writers of Finnish prose. Her short stories are brief sketches, fragmentary studies in different levels of lack of motivation, destructiveness, and emotional frigidity. Väliasema Gagarin, 1987, her third book, consists of modern, exotic, miniature tales for adults. In a childlike fashion, these miniatures are disrespectfully comical and absurd and have the rhetorical, old-fashioned, rhythmically chanting character familiar from vintage folk-tales and legends. Her later works of prose include Go “Moskova” go, 1988, Tyhjän tien paratiisit, 1989, and the novel Kreisland, 1996.

The above biography was first published in 1998. Since then, Rosa Liksom has written the novels Reitari, 2002, and 3. Hytti nro 6, 2011. She has also written short stories, comic books, children’s books, and theatre plays. 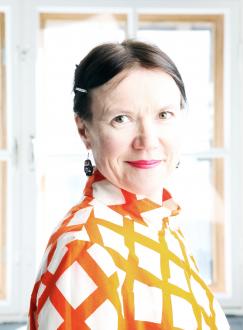