Cornelia Frederikke Juliane Victorine Levetzow grew up in an upper-class family as the daughter of a lord-in-waiting and customs administrator in Ringkøbing. As an unmarried woman living in her parents’ home, she wrote her debut young ladies’ novel En ung Piges Historie, 1861, a hugely popular Cinderella tale that was translated into many languages and eventually sold fifty thousand copies. 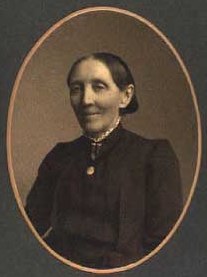