Cæcilie Lassen studied at Roskilde University. By the age of nineteen, she had already written four novels. Her debut novel Simone, set in the period of the French Revolution, was published in 1987. She has mainly written historical novels such as Cikaderne, 1990, about the Spanish Civil War and Kvinderne fra Santa Clara, 1992, set in Nicaragua. In her books, she focuses on the development of children and very young women, and she is a colourful story-teller who identifies with her characters. In 1994 she published the pirate story Jacks sidste rejse, her first work with a male protagonist. It was followed in 1996 by her novel Væk er ingen steder. 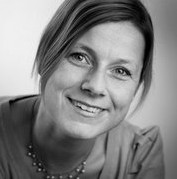