Maria Küchen was born in Falköping and grew up in Uppsala, graduated in history of ideas, political science, and English, and has worked as a critic for the papers Expressen and Amelia. She often works with various periodicals and in diverse editing projects.

Her debut collection Hos ljusmålaren (P), 1989, is part of a trilogy together with Hotell Kosmos, 1990, and Drömlös, 1993. Her poetry is spontaneous and temperamental. The disjointed typography is important, and time and movement are key elements. In 1992, she published Pennan i hjärtat!, a collection of short prose pieces that can also be read like a literary and romantic manifesto. She is uncomfortable with highbrow culture and prefers writers outside the establishment and young periodicals. In 1995 she published Jordens sång till månen: en kärlekshistoria and in 1996 the novel Eldsaga.

Additionally, she has published a number of non-fiction works and books for young adults. 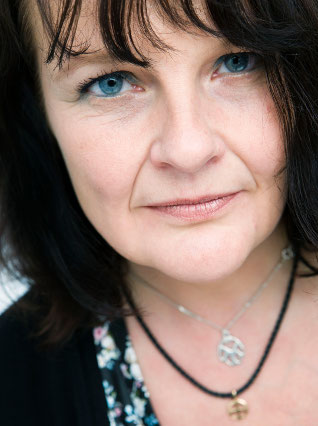