Agneta Klingspor was born in Lysekil and grew up in Uddevalla, graduated from university, and is a freelance cultural writer for the newspaper Expressen. Her debut work Inte skära bara rispa. Kvinnodagbok 1962-1976 was published in 1977, its exposure of herself causing something of a controversy. The novel, which is influenced by Anaïs Nin’s diaries, was continued in 1994 by Nyckelroman 1972-1992. She has also written the novel Tryggare kan ingen vara, 1976, the poetic tale Lavendelvisa, 1985, Oajas dans (P), 1987, and the story collection Köttryckningar (SS), 1990.

In her writing, she examines the modern woman’s opportunity to overcome and master life, love, and commitment. In 1997 Minne was published, containing photographs by Nina Korhonen.

The above biography was first published in 1998. Since then, Agneta Klingspor has written the novels Går det åt helvete är jag ändå född, 2006, Pressa läpparna här, 2008, and Stängt pga hälsosjäl, 2010. She has also created the words for the book Bok med bild: Joakim Pirinen, 2010.

Klingspor is the recipient of a number of grants and stipends, including Författarfondens 10-årige from Svenska Akademien in 2007 and from Albert Bonniers Stipendiefond in 2008. 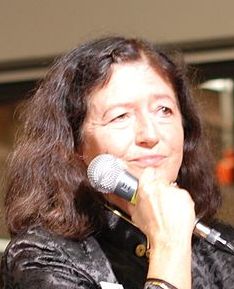