Aino Kallas attended a girls’ school in Helsinki and, as the daughter of the professor and poet Julius Krohn, grew up in a literary environment. She lived in Estonia from 1903, in London in the 1920s, and was an immigrant in Sweden during the war. She lost two of her five children in World War II.

Under the pseudonym Aino Suonio she made her debut in 1897 with Lauluja ja ballaadeja (P). She wrote in Finnish, although her works are very much influenced by Estonian history and folklore. Her major works are Barbara von Tisenhusen, 1923, Reigin pappi (1926; Eng. tr. The Rector of Reigi), and Sudenmorsian (1928; Eng. tr. The Wolf’s Bride) published in Swedish under the collective title Vargbrude. In addition to these prose ballads about forbidden love, inspired by her friendship with the Finnish poet Eino Leino, she also wrote short stories, plays, memoirs, and diaries.

Anna Makkonen: “"My own novel, yes, really!": the early diary of Aino Kallas and reading for the plot” in: Scandinavian Studies: the journal of the Society for the Advancement of Scandinavian Study, 71, 4, 1999 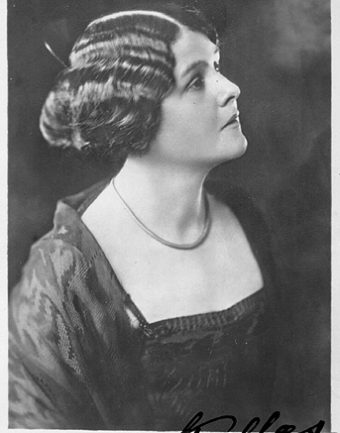