In her debut novel Lehmusten kaupunki, 1972, and the sequel Unohduksen lumet, 1973, as well as in Kukkivat Kummut, 1976, the stories focus on Villmanstrand of the 1930s, where the women are confronted with soldiers from the garrison. Her other works include a series on the region of the Karelian Isthmus, which was launched in 1980 with Mäeltä näkyy toinen mäik and was concluded in 1984. It looks at town life from the 1920s up to the evacuation after the Winter War from 1939 to 1940 and the challenge of a new environment. Her Ladoga series is also set in the region of the Karelian Isthmus near the Soviet Russian border.

Maaria Linko: "Emotions, memories and romance readers: a case study of Laila Hietamies and her fans" in: Diegesis: Journal of the Association for Research in Popular Fictions, 3, 1998 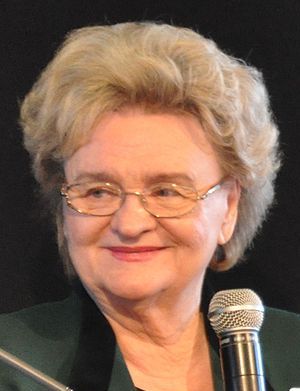