Lisbet Hiide was born in Larvik, where her father was a captain. She studied at the University of Oslo, has a degree from New York University of Arts, and also trained at the International Film School in London. She lives in Oslo.

Her debut work of short prose, Alices særegne opplevelse av natt, 1985, is a collection of fragmented stories about the hectic and sexualised life of the big city, masks and disguises, seduction and endless longing. Inspired by the techniques of film-making, she uses fast-changing sequences and external description and has also written dramas and film scripts, including Den ulyksalige enke i Michigan, eller Skjebne, håp og hevn, a radio melodrama in three acts, 1994. Her short story collection Dame med nebb, 1988, which centres on a mother-daughter relationship, plays on traditional clichés, fantasies, and adventure in its presentation of female images and mother roles.

The above biography was first published in 1998. Since then, Lisbet Hiide has written the novel Min fars hund, 2010, as well as works for the theatre. 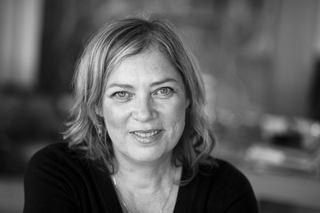