Marie Hermanson was born near Gothenburg, trained at journalist school, studied sociology, children’s literature, and literature at university, and worked in various occupations, including as a journalist for the daily press.

She made her debut in 1986 with the short story collection Det finns ett hål i verkligheten, which combines the tradition of the Nordic fairy-tale with the Anglo-Saxon fantasy genre. Snövit (N), 1990, is a personal re-interpretation of the folk tale; in Tvillingsystrarna, 1993, and Värddjuret (N), 1995, she develops her particular style, which combines crystal clear, sensual realism with the subtlety of the fairy-tale. Thus her writing falls within the renewal of realism that took place in 1980s Nordic literature.

She is the recipient of Bokhandelns val 2005 and other awards and honours. 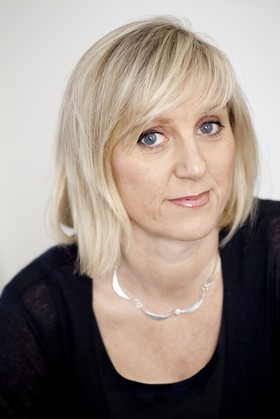