Merete Pryds Helle was born in Værløse. She holds a bachelor’s degree in comparative literature, worked as a theatre secretary, and was a student at the Forfatterskolen (writers’ school) from 1988 to 1990.

Merete Pryds Helle’s debut work, the short story collection Imod en anden ro, was published in 1990. It contains fantastic, poetic stories presenting grotesque images of loneliness, isolation, and death. In her novel Bogen, 1990, she experiments with a labyrinthine crime plot centred on a mysterious murder. The plot, composition, and psychological effects are equally scary in her novel Vandpest, 1993, which is written with a narrative text and a parallel text made up of old, scientific descriptions from various encyclopaedias. The story of the plant water thyme, which grows at a fast pace, provides a psychological backdrop and plot background for the main character Beatrice’s journey through inner and outer nature that has run amok. Merete Pryds Helle’s novel Men Jorden står til evig tid, 1996, is a sequel to Vandpest.

The above biography was first published in 1998. Since then, Merete Pryds Helle has published the novels Fiske i livets flod, 2000, Solsiden, 2001, Det glade vanvid, 2005, Oh, Romeo, 2006, and Hej Menneske, 2010, as well as the short story collection Ti fingre fra eller til, 2002, a number of children’s books, radio dramas, and more. With her husband, Morten Søndergaard, she has co-authored the crime novel Hvad øjet ikke ser, 2004, under the pseudonym Liv Mørk. 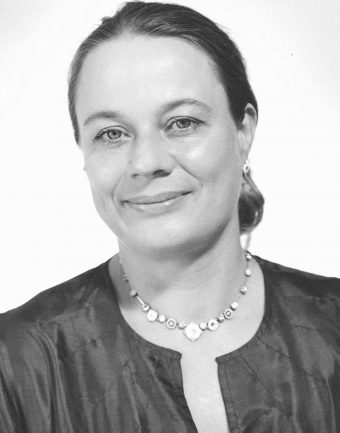