Wendela Hebbe was the daughter of a clergyman from Småland. She was married to the judge and landowner Clemens Hebbe. The youngest of her three daughters was the opera singer Signe Hebbe. She also had a son from her relationship with her lover Lars Johan Hierta, founder of the newspaper Aftonbladet. When her husband went bankrupt and emigrated to America, she was employed as a cultural editor for Aftonbladet.

She hosted a liberal salon for C. J. L. Almqvist, the composer Herman Sätherberg, and other personages and published her debut novel Arabella in 1841, a melodramatic text characterised by the difficulties in treating and describing the themes of love and sex. Besides being a literary writer, translator, and composer, she was the author of many novels, collections of fairy-tales, and theatre plays. 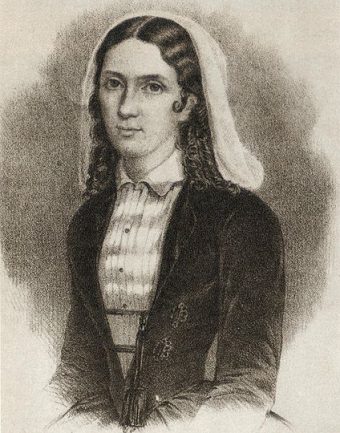