Elsa Hammar-Moeschlin trained as a cartographer and later attended the Tekniska Skolan (the Technical School), known today as Konstfack (University College of Arts, Crafts and Design). After her studies she travelled through Europe on a cultural tour and in order to paint. She was in Paris in 1904, in Italy in 1905, in The Netherlands in 1906, and in Munich in 1908. In 1914, she finally settled in Switzerland with her Swiss husband, the painter Felix Moeschling. She is best known for her paintings of peasant life in Dalarna in Sweden, but also wrote the autobiographical work Hjärtat och paletten, 1937, and wrote and illustrated a number of children’s books, such as Blom-Kari, 1911. 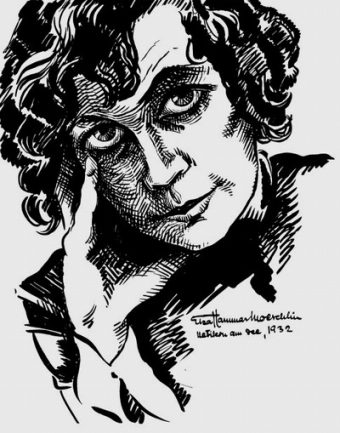