Kirsten Hammann grew up in Risskov near Aarhus. Using insistent, dramatic, and mockingly humorous rhetoric, she records in expressive images what it is like to be a stranger to oneself, to one’s body, and to one’s environment.

Kirsten Hammann, who attended the Forfatterskolen (writers’ school) from 1989 to 1991, made her debut with the poetry collection Mellem tænderne, 1992, which was followed by her novel vera winkelvir, 1993, a breathless and gabbling metatext about the difficulty of being, being somebody. Vera is an invented text subject without a past or a present, and “she has to work out the rest herself”. However, furnished with a destructive and self-effacing ‘vera language’, she does not as a character in a novel manage to win the battle for a coherent life story.

In 1994, Kirsten Hammann was awarded the prize for debut authors by Det Danske Akademi (Danish academy of language and literature). She later wrote the novel Bannister, 1997, written in labyrinthine, jabbering language hovering between the fantastic, the grotesquely paradoxical, and the tragic, a work which was nominated for the Nordic Council’s Literature Prize. Bannister, apart from being an extremely potent man and a planet in space, is also the state of unhappiness and insanity, which the woman Ramona is thrown into in after losing her lover. Kirsten Hammann has also recorded poetry videos with some of her poems from Mellem tænderne.

Among other awards and honours, she is the recipient of Statens Kunstfonds 3-årige arbejdsstipendium, and has been nominated for the Nordic Council Literature Prize in 1998 and 2005. 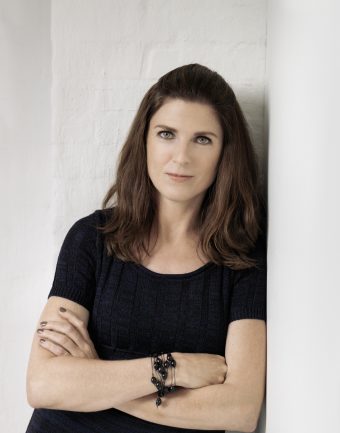