In one book after another and in an unusual way, the Finnish-Swedish writer Monika Fagerholm combines reader-friendly characteristics – plot, strong local colour, and interesting characters – with a bold revival of storytelling in traditional prose. She can entertain as well as experiment; she has her cake and eats it, too. In other words, she can win the ordinary reader’s heart and, at the same time, appear as a writer of interest to literary research on many levels – queer, subversive, an innovator of literary form. 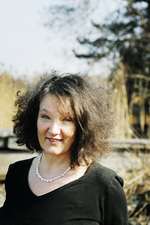