Camilla Christensen was born in Snekkersten to the author Leif E. Christensen and the accountant Birgitte Holm Christensen. She graduated from Danmarks Journalisthøjskole (Danish School of Media and Journalism) in 1983 and has been active as a cultural journalist and literary critic for a whole host of daily newspapers. She has been director of the writing courses at the folk high schools Krogerup Højskole and Langelands Højskole.

She made her debut in 1985 with the publication of her collection of poems fejlspændt, followed by mellem mørket, 1987, which placed her among the ranks of the new aesthetically conscious poets of the 1980s. Her poems are often intense in their expression, emphasising the rhythm of the poetry and the timbre of the word, and her theme is often the experience of gender and the body. In 1993, she published the subtle and tragi-comic novel Floras verden, and together with the author Maj-Britt Willumsen she published the anthology Svingfigur – kvindelige digtere fra 1980-1990. Som vil hun skænke ham, 1995, and her short story collection Stjernebarn, 1996, caught the public’s attention.

The above biography was first published in 1998. Since then, Camilla Christensen has written the combined poetry and flash fiction collection Stakkels bobcat, 2000, the novels Jorden under Høje Gladsaxe, 2002, and Paradis, 2004, and the poetry collections Fugl eller fisk, 2009, and Nu har de druknet ham, 2010.

She has received several awards, including Kritikerprisen 2002, and the lifelong artists’ grant from the Danish Arts Foundation. 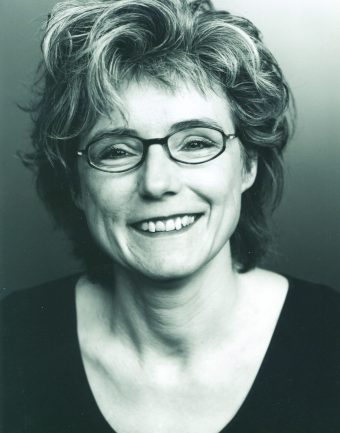