Mari Boine became internationally known through her CD Gula gula, 1989, and became the most widely known Sami artist, giving concerts all over the globe.

Her music has its roots in many different traditions: the combination of the rhythm, improvisation, and musical agility of the Sami yoik (song) is just one of her many fundamental sounds. Her CD Leahkastin, 1994, was written for Vossajazz (the annual jazz festival in Voss, Norway) in summer 1994. She has also produced music for theatre performances and released the CD Radiant Warmth in the USA in 1996.

The above biography was first published in 1998. Since then, Mari Boine has released several CD’s. She is the recipient of a number of prizes, including the Saami Council Prize of Honour, 1992, and the Nordic Council’s Music Prize in 2003. In 2009 she was awarded the Officer of The Royal Norwegian Order of St. Olav by the Norwegian King for her versatile artistic activities.

Since 2008 she has been a professor of musicology at Nesna University College. 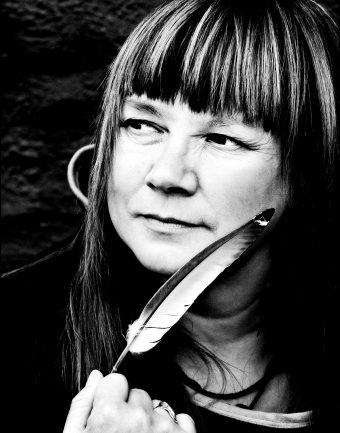