Sissel Solbjørg Bjugn was born in Sætermoen in Troms, where her father was a fisherman and officer. She borrowed her themes for her writing from fishing and mining. She studied philosophy at Tromsø university and worked in a bookshop and a second-hand bookseller. She is divorced from the poet Tore Elias Hoel.

Sissel Solbjørg Bjugn was awarded the Tarjei Vesaas Prize for debut authors for her work Den første avisa på Lofotveggen (P), 1978, which was noted for its successful interplay between the text and the author’s own illustrations. She has also published children’s books with her own illustrations. The most important titles since her debut have been Spenn beltet kring livet og hald lampa tend! Ei bok om gruva (P), 1981, and Tornekysset (P), 1992.

The above biography was first published in 1998. Since then, Sissel Solbjørg Bjugn has written children’s books, the novel Under isen, 1997, and the poetry collection Depp, 1999. 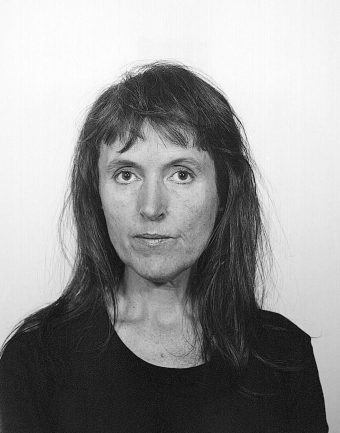