Bríet Bjarnhéðinsdóttir was born and grew up in Nordlandet and was a pioneer in the Icelandic women’s movement. She was a private tutor and married a liberal editor in Reykjavík in 1888, but was widowed with two children in 1902. In 1887, she held a public lecture in Reykjavík about the position of women in society, and from 1895 to 1929 she published, edited, and wrote most of the Kvennablaðið, an important mouthpiece for women’s rights in Iceland.

In 1907, she helped establish the Icelandic association for women’s rights and was the chairwoman until 1926. She was the first woman ever to be elected to the Reykjavík City Council, where she represented a particularly impartial list of women from 1908 to 1918. She was a driving force in the fight for women’s suffrage, which led to women being granted the right to vote at local elections in 1907, the right to education and political office in 1911, and full suffrage in 1915. 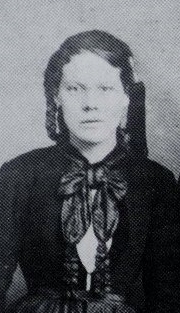