Gerda Antti originally comes from Övertorneå, but moved to Stockholm in the 1950s and has lived for many years outside Kisa in Östergötland, where she moved with her husband, the author Walter Ljungquist, who died in 1974. Following her debut collection of poems Här och nu, 1961, she published a collection of short stories, Kväll efter kväll, 1965. This was followed, after an interval of several years, by her first truly successful work, the collection of short stories Inte värre än vanligt, 1977, in which she demonstrates her ability to communicate the “Explosion in the soul”, as one of the four short stories is entitled, even in connection with the mundane.

In her trilogy about the character Astrid, Ett ögonblick i sänder, 1980, Jag reder mig nog, 1983, and Bara lite roligt …, 1994, she describes Swedish society from the perspective of a fifty-year-old woman. Here, from the periphery of a small-town community, she interprets that time, life, and love. Gerda Antti, one of Sweden’s popular writers, has, in addition to her poems, novels, and short stories, also published causeries, including Dessa dagliga dagar, 1996.

The above biography was first published in 1998. Since then, Gerda Antti has written the novel Livet skriver kapitel, 2001, and the short story collection Ungdjävlar, 2005. 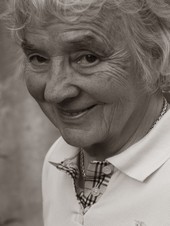