Eva Adolfsson was born in Malmö to the working-class author Gunnar Adolfsson and grew up in Gothenburg. She studied Swedish literature and Russian at university and spent a year in Moscow. She was an active figure in academic left-wing circles and women’s rights. From 1976 to 1982, she was editor of the magazine Ord & Bild and played a key role in the debate on and propagation of the modern literature of emancipation.

She was also a literary critic and essayist, and published several collections of essays, including Livstycken. Om kollektivets röster, varuvärldens myter, kvinnors liv och dikt, 1980. In the essay collection I gränsland. Essäer om kvinnliga författarskap, 1991, she examines the female presence in texts by Stina Aronson, Birgitta Trotzig, and Sara Lidman. Her debut novel, I hennes frånvaro, was published in 1989 and her novel Till Moskva in 1995.

The above biography was first published in 1998. Since then, Eva Adolfsson has written a number of books, including the novels Förvandling, 2005, which won the Radio Sweden best novel prize, and En liten historia, 2009, which was nominated for the 2009 August Prize, awarded by the Swedish Publishers’ Association. Her collection of essays Hör jag talar – essäer om litteraturens skäl was nominated for the 2003 August Prize for best Swedish non-fiction book. 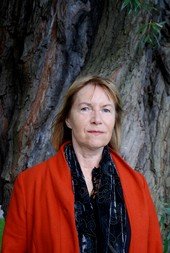